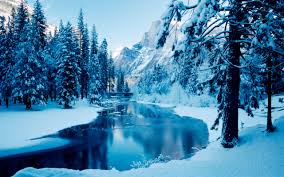 Day 1: Write Ten Facts About Yourself
1. I really love to write, and aside from writing in my journal regularly, it’s been a long time since I’ve kept up with a blog. I imagine at some point during the month I’ll get behind, especially during the holidays, but I’ll try to catch myself up when that happens. I’m going to be spending a lot of time with the best friends and family from the 21st through the end of the month, so that’s when I’m thinking I’ll be playing catch up.
2. Starbucks is an addiction, and I have been a victim of said addiction since 2010. I’m sure it started before that, but I just looked at my gold card today, and it says “Member since 2010.” So, I know that at least since 2010, I’ve been buying over 30 Starbucks drinks per year. That’s quite an expensive addiction.
3. Possibly worse than my addiction to Starbucks, is my obsession with Barnes & Noble. I’ve been a member there since 2005. It costs $25/year to be a member, but you get free 2-day shipping on any online order, 10% off everything, and they send you coupons for 20-30% off all year. Last year’s discounts amounted to more than $200. I think my membership pays for itself. ^_^
4. I really get into YouTube Cover Artists. I’ve found quite a few good artists out there that cover Top 40 songs, and I sometimes secretly think the covers are better than the originals. They do mash-ups (blending two or more songs into one song) a lot too, which is pretty awesome to hear.
5. I watch quite a few TV shows, but I’m at least a season behind on all of them but American Horror Story, because I make it a point to watch that one every week with Rob. The other shows are Arrow, Grey’s Anatomy, Glee, Vampire Diaries, Teen Wolf, Melissa and Joey, and Supernatural (I’m farther behind on Supernatural, because the storyline started to bore me. I don’t know if I’ll go back to it or not). TV Shows on the list that I’m way behind on but always watching include Family Guy, American Dad, and South Park. TV Shows on the list that no longer make new seasons are Roseanne, Golden Girls, Mama’s Family, Will & Grace, The New Adventures of Old Christine, and King of Queens (actually, I don’t know if they stopped making new episodes or not…). Sometimes Seinfeld, but that’s more Rob’s thing that mine. I usually watch that when we’re hanging out.
6. With winter right around the corner, I can honestly say that I would prefer to drive in the snow over driving in the rain. My little car seems to really hate the rain, and I hate it even more. I’ve had at least three friends that have hydroplaned their cars, and I’ve always had an underlying fear that I’m next! So, crazy drivers aside, I’ve never had any negative experiences driving in the snow.
7. I’m an introvert. I hate public speaking, and I prefer to have a small group of close friends over having a lot of friends. I have three people that I consider my best friends (Rob, Stephanie, and Renee). I have other close friends in different places that I don’t get to see very often anymore (most in Springfield, one in Sedalia [hello Mandar!]), but all-in-all, my circle of friends is very small, and I prefer it that way. Big groups of people are exhausting to me.
8. My chosen career fields are more friendly to extroverts than to introverts. Both in teaching and in Higher Education, you’re constantly in front of people making presentations or meeting with groups of people that you don’t know. I used to be terrified of giving presentations, but I’m getting better and better at it all the time.
9.The topic I’m most comfortable presenting on is Suicide Prevention. A lot of people don’t know that I struggled with self-confidence issues for a long time, because I was really good at playing “happy.” But, I got past all of that, and during grad school I became certified online as a Suicide Prevention Gatekeeper through the QPR Institute in Spokane, Washington. This year will be the year where I’ll be renewing my certification, and I’d eventually like to get the money together to become a QPR Instructor, so I can certify others as Suicide Prevention Gatekeepers. (That was kinda deep, my apologies! ^_^ )
10. Favorites: Animal- Polar Bear; Food- Lasagna; Band- Paramore; Solo Artist- Britney (though Rob is trying very hard, and doing a pretty good job, at corrupting me with Madonna ^_^ ); Candy- Swedish Fish; Author- Terry Brooks; Starbucks Drink- Quad Venti Non-Fat Peppermint Mocha with no whip.