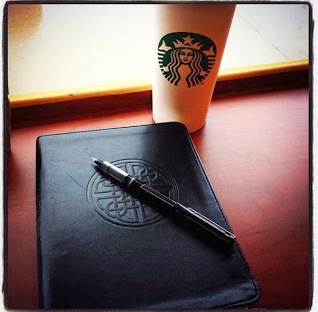 December Writing Challenge Day 2: Your Dream Profession
For the longest time growing up, I wanted to work in education. I just knew that when I grew up, graduated from high school, and went to college that I would get a degree in education. I wanted to be a teacher, just like Grandma. In high school, I spent one period during my Junior year and two periods during my Senior year participating in the Cadet Teaching program, and I was also part of the A+ program, which allowed me to go to the Elementary School during the summer and help tutor students during Summer School. As a side note, I never used the two free years of college that came with the A+ program, because we found out that only two of the classes I would take at East Central College would be transferable to Missouri State University. I did take those two classes during one of my summers home, however.
I’m not a teacher, but I am working in education. I’m not in my ideal job, but I have one. As I grew older, I realized that teaching and being in education was not my only dream profession. When I was younger, I picked up an extreme fondness for writing. I started out handwriting all of my stories, which have long since been lost. Then, I learned how to type. At the time, we didn’t have a computer at our house, so I would go over to Grandma’s house and spend hours typing up my “novels” (which were probably more like short stories…each page was a different chapter), saving them to a 3 1/2″ floppy disk until they were finished. Then, I would print them off using Grandma’s printer, 3-hole punch them, and put them in one of those $1 folders from Wal-Mart. I drew customer covers for them and mom laminated them to the front of the folders for me. Those stories are still floating around in my stuff down in the basement. I haven’t looked at them for years.

One of my dream professions is to become a published author. Ultimately, I would like to write Fantasy Fiction, though I have started other stories under General Fiction. None of the story ideas that I’ve started have ever seen completion to this point. I get caught up in the swing of being busy at work, get a bad case of writer’s block which ends in losing the creative spark for a particular story, or just put it aside for whatever reason and never come back to it. I’ve started National Novel Writing Month (Every November, the goal is to write a novel of 50,000 words or more in 30 days) several times but never finished. I haven’t given up on the idea that I might one day finish one of my story ideas and even work towards getting it published; however, it hasn’t happened as of yet. One day…Once Upon a Time. ^_^